The Hollywood Chamber of Commerce is proud to announce that Burt Ward, who played Robin on the Batman television series, will be honored with the 2,683rd star on the Hollywood Walk of Fame on Thursday, January 9, 2020.  The star will be dedicated in the category of Television at 6764 Hollywood Boulevard in front of The Guinness World of Records Museum.

“Burt Ward and his character Robin have been cult heroes for many years, to fans of all ages.  We are thrilled to honor Burt with his star and happy to have been able to place Ward’s star next to the star of television’s Batman, Adam West and one the creators of the Batman character Bob Kane. We welcome him to our Walk of Fame family, and I cannot wait to say “Holy Walk of Fame star, Burt!  when he arrives to dedicate his star that day,” added Martinez. 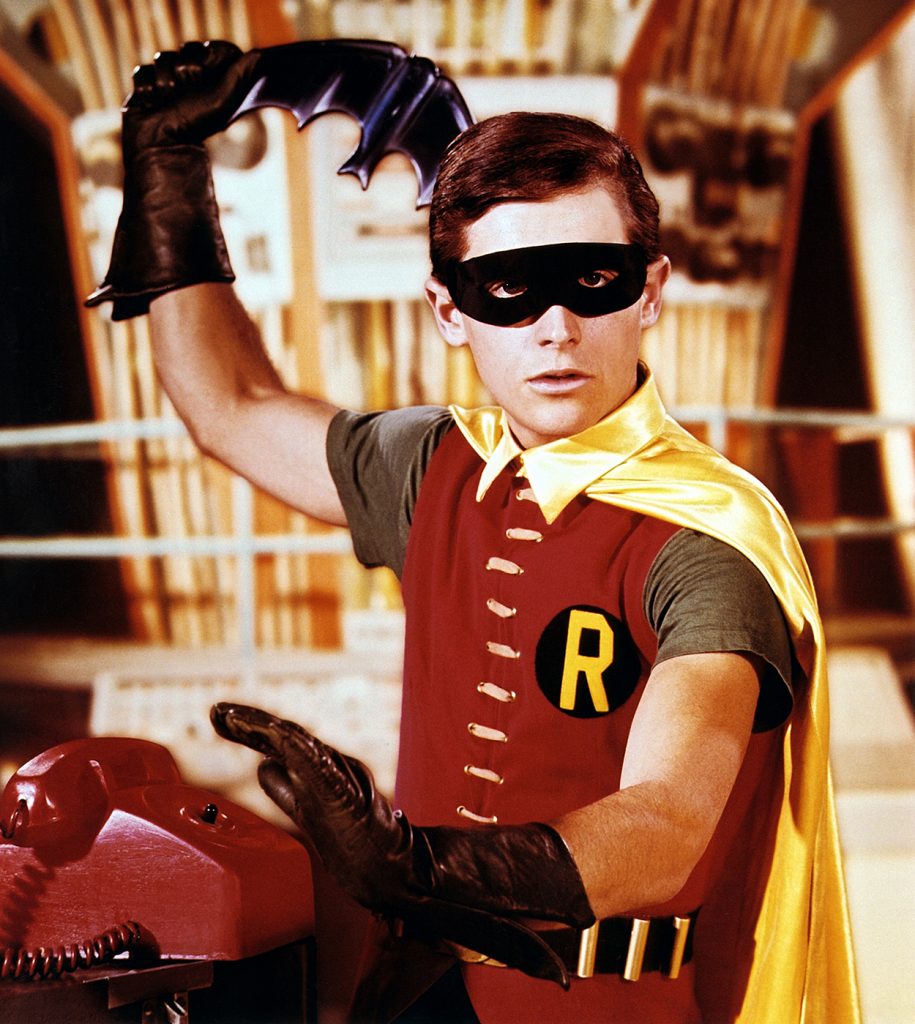 A special added attraction to the ceremony will be the 66’ Batmobile and the “Batman 66” characters which include:  Batman, Robin, Batgirl, Catwoman, and the Riddler who will join Burt on this special day and will delight the Bat fans coming from around the world!

The Hollywood Chamber of Commerce which administers the popular star ceremonies encourages people who are unable to attend and fans around the world to watch the event exclusively on www.walkoffame.com.

Burt Ward had all the makings of a true boy wonder: At the age of two, he was the youngest professional ice skater in the world and was featured in “Strange As It Seems,” a predecessor to the Ripley’s “Believe It Or Not” and to “The Guinness Book Of World Records.” With the help of his father, a prominent real estate broker in Beverly Hills, CA, Burt became one of the youngest real estate agents in California, and met producer, Saul David, who arranged for him to sign with a Hollywood agent. His first interview was set up at 20thCentury Fox Studios, and a few weeks later, Burt was called back for a screen test with Adam West.

It wasn’t until six weeks after the screen test that Burt learned that he had won the coveted role of Robin, the Boy Wonder in the new “Batman” TV series for ABC-TV.  Executive Producer, William Dozier, told Burt that he was chosen out of more than 1,100 other young actors trying out for the role of Robin because the producers believed that “If there really was a real ‘Robin, The Boy Wonder,’ then Burt would be it,” so they requested him to “just be himself and be enthusiastic.”  As a result, all of the mannerisms you see Robin doing like punching his fist into his palm, jumping over the door in and out of the Batmobile, and all the unique Robin traits of the character that were not scripted, were created by Burt himself as his contribution to the legendary role of the Robin character.  He was everything they wanted. All he had to do was just be himself.

And Batman Was an Overnight Sensation!  The Ratings soared and audiences fell in love the dynamic duo of West and Ward. In fact, Burt Ward and Adam West continued to do movies, TV shows and appearances, individually and together, until Adam’s death, and had a lifetime of more than 50 years of friendship working together and have even been submitted to the Guinness Book of World records in 2017 as the only two actors who have worked together for more than 50 years. Burt has also been submitted to the Guinness Book of World Records as the actor who has played “Robin, the Boy Wonder” most onscreen in all forms of media; including TV, Movies, Animated Features, TV Animated Series, Radio performances, and more. In 2016, Burt Ward’s and Adam West’s new animated feature film, “Batman: Return of The Caped Crusaders” was released in theaters as well as on Blu-Ray and DVD and was reviewed and acknowledged to be the best Animated Superhero Movie of the year for 2016.

Outside of his time as a “Caped Crusader”, Burt and his wife Tracy have made names for themselves as “Canine Crusaders” in founding Gentle Giants Rescue and Adoptions. Located 50 miles east of Los Angeles in Norco, CA, Gentle Giants is a non-profit charity created by Burt and Tracy. The charity has rescued and adopted more than 15,500 giant breed, medium breed, and small breed dogs, along with unique combinations, during their 23 years of operation. All of the dogs are socialized, behaviorally trained, and live communally together in their home. Gentle Giants is the largest giant breed dog rescue in the world and rescues and finds homes for 45 different dog breeds, ranging from 2 lbs. to 300 lbs.

In addition to Gentle Giants, Burt and Tracy also formed ‘Burt Ward’s and Tracy Ward’s Superheroes to The Rescue, Inc.’ which empowers everyone to use our own special abilities and ‘Super Powers’ to help animals and anyone in need.

ABOUT HOLLYWOOD WALK OF FAME – www.WalkOfFame.com

ABOUT HOLLYWOOD CHAMBER OF COMMERCE – www.HollywoodChamber.net

There are no upcoming events.