John Wilkes Booth will forever remain infamous in America’s history as the man who assassinated President Abraham Lincoln. Written by Lloyd J. Schwartz and Clinton Case, AN EVENING WITH JOHN WILKES BOOTH probes the dynamics of the man behind the deed and helps the audience understand what made the man tick. The Whitefire Theatre’s Solofest 2021 continues its season with the in-depth study of a man with a mission, a man who believes in his cause with the passion reserved for youth. Starring Stephen Spiegel as the notorious Booth, AN EVENING WITH JOHN WILKES BOOTH is directed by Lloyd J. Schwartz and presented in a live stream online. 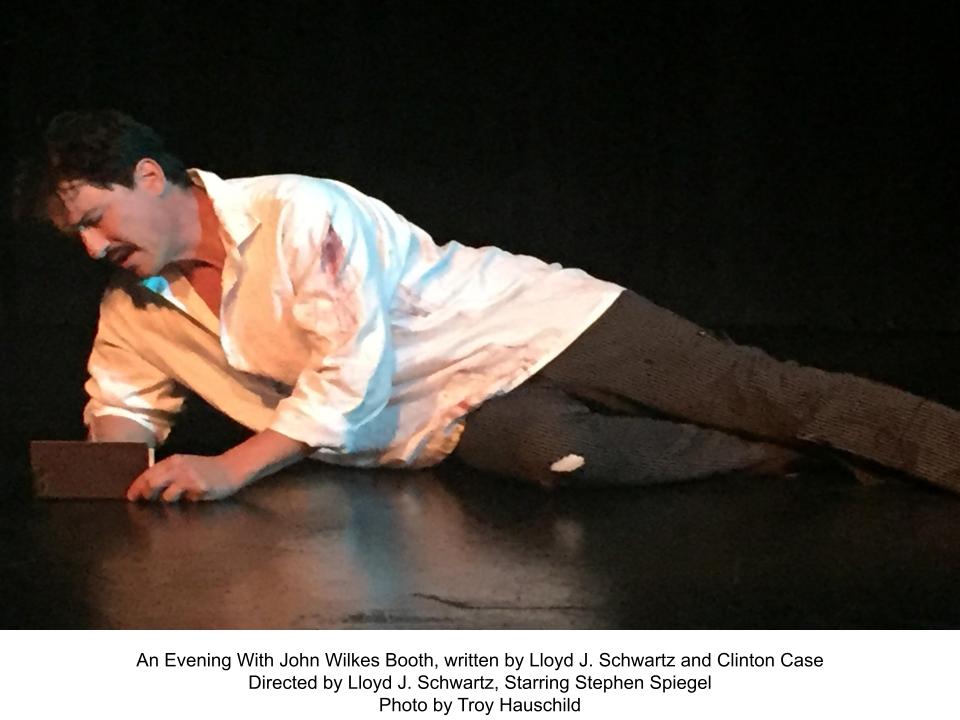 Opening with a nostalgic medley of pop hits, the play soon focuses on John Wilkes Booth at the end of his pursuit by the law, assuring the world that “they will not take me alive.” As he laments being hunted like a dog and lies cold, wet, and starving on the floor, John continues to fight for his beliefs, even though many might call them misguided: “I do not repent.” For John sees himself as an enlightened individual who “struck for my country.” But facing the last days of life also offers an opportunity to explore the past and how it shaped the present.

And so John begins to ruminate about where he came from and how his journey led to this point. A man of only 26 years, John was born to a famous acting family headed by his thespian father Junius Brutus and famed actor brother Edwin. John had everything going for him – from hero good looks to athletic skills and easy popularity, especially among the ladies. But he was also consumed by feelings of inferiority, always living in the shadow of his better known relatives. His jealousy of their accomplishments may have colored many of his life’s decisions. As a young man, John met a gypsy fortune teller who predicted that his life would be short but grand; and he seems to have taken that forecast to heart. An indifferent student, John decided to follow the family tradition of acting, for which he had a natural affinity. His acting abilities may have been less than brilliant, but his fire and passion were undeniable and proved sufficient to lead to a profitable career. Then the Civil War awakened in him a political consciousness he probably never knew he had, and he saw himself as a spokesperson from the South and slavery. In a person of his temperament, this would prove to be his undoing. 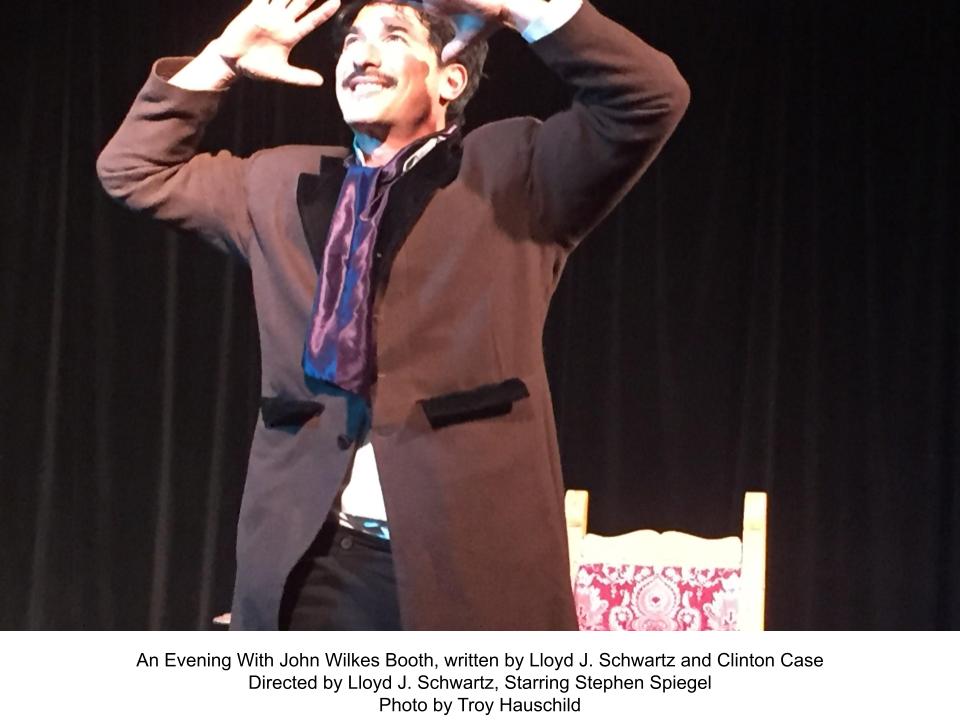 AN EVENING WITH JOHN WILKES BOOTH is a fascinating study of a man every American knows about – but perhaps that knowledge is often superficial. Authors Schwartz and Case try to flesh out this villain by examining his fears, motives, and dreams. For his part, solo performer Stephen Spiegel does an excellent job of portraying Booth – and even physically resembles the real article. Writer Schwartz doubles as director and pulls as much pathos as he can for this man, a person who was given almost everything the world can offer and yet reached a sad and lonely fate. 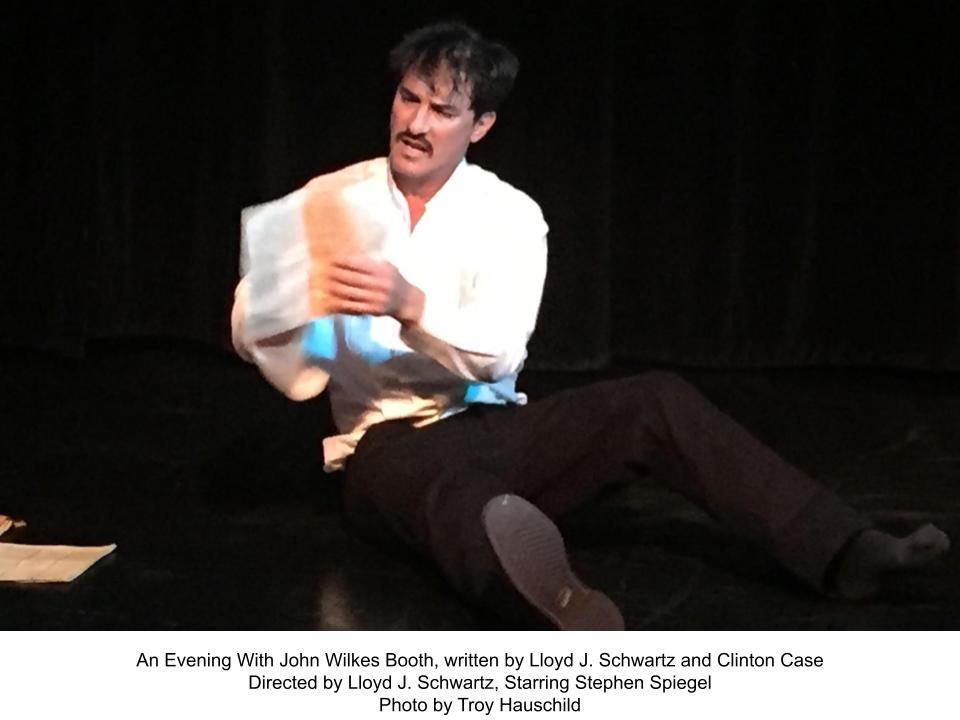 AN EVENING WITH JOHN WILKES BOOTH streamed at 7 p.m. (PDT) on Friday, April 16, 2021, and was available on demand for 72 hours. Streaming tickets were $15.99. For Information and reservations about all current and future Solofest 2021 shows, go online.

October 18, 2018 Elaine Mura Entertainment 0
Spread the love
Spread the loveScience fiction/fantasy author Ray Bradbury needs no introduction. This forever creative and imaginative writer has penned tales which both excite and fascinate – especially his chronicles of Mars, including “The Strawberry Window,” “The […]

June 13, 2020 Elaine Mura Online Entertainment 0
Spread the love
Spread the loveWritten and performed by Maeria Paez and directed by Jessica Lynn Johnson, MA’S KITCHEN is another of the “Best of the Fest” selections from Whitefire Theatre’s Solofest. First presented to a sold-out house […]