Written by Katherine Bates, THE MANOR returns to the Greystone Mansion for its eagerly anticipated annual visit. A Beverly Hills institution, the play – now in its eighteenth year – surpassed two hundred performances in 2014.

THE MANOR is a fictionalized tale based on real events that happened to the Doheny family, the original builders and long-time residents of the Greystone Mansion. However, any real people are given fictional names – and, in some cases, a somewhat altered history. Set in the architectural masterpiece built almost 100 years ago and now a public treasure, THE MANOR achieves a sense of timelessness and authenticity by depicting events where they really happened so long ago. Audience members are taken from room to room in order to follow the actual chronology of events as they transpired nearly a century earlier. 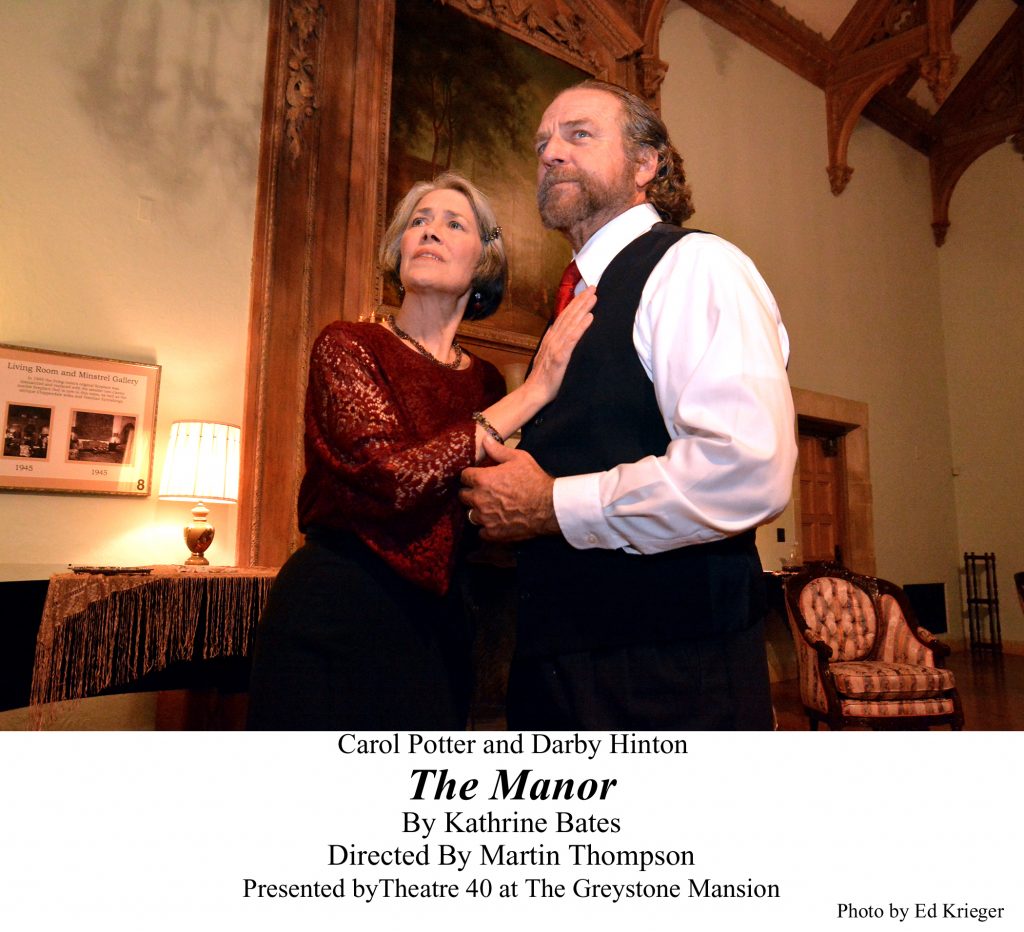 The fabulously wealthy MacAlister family (avatars for the oil-rich Doheny family) are about to celebrate the event of the year – the wedding of their son Sean (Eric Keitel) to the charming Abby (Nathalie Rudolph), the daughter of their well-do-do family attorney Frank Parsons (Martin Thompson) – truly a marriage of the titans. Patriarch Charles MacAlister (Mark Rimer) couldn’t be prouder – and surer of himself. Wedding guests include the reluctant Gregory Pugh (Mikel Parraga-Wills), a special friend of the bride, and his raucous showgirl wife Henrietta (Kristin Towers-Rowles). When approached by Senator Alfred Winston (Daniel Leslie), portraying the Secretary of the Interior Albert Fall in this reenactment which history dubbed the “Teapot Dome Scandal,” Charles takes a well-intentioned but illegal step into a sordid moment in time. A moment which will forever tarnish the Warren Harding administration and the Doheny heritage. 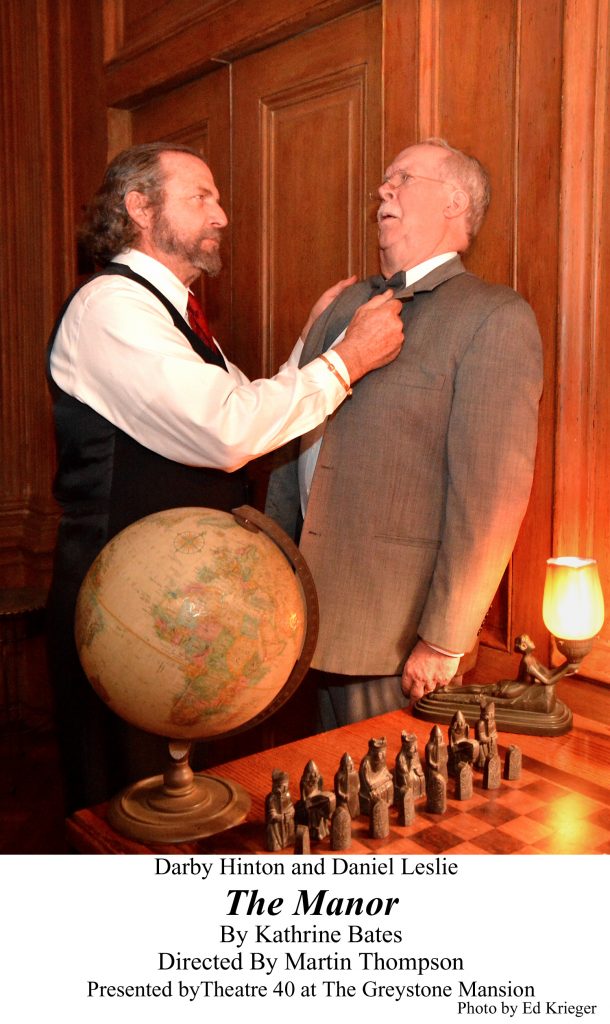 While political machinations galore are unfolding, there is a second Doheny disaster lurking in the shadows. Sean, the very affluent scion of the MacAlister clan, will soon die violently, adding murder to the family’s woes. Who did the deed? And why? What is going on with the Doheny’s – and what will the future bring for people who may be doomed by fate? 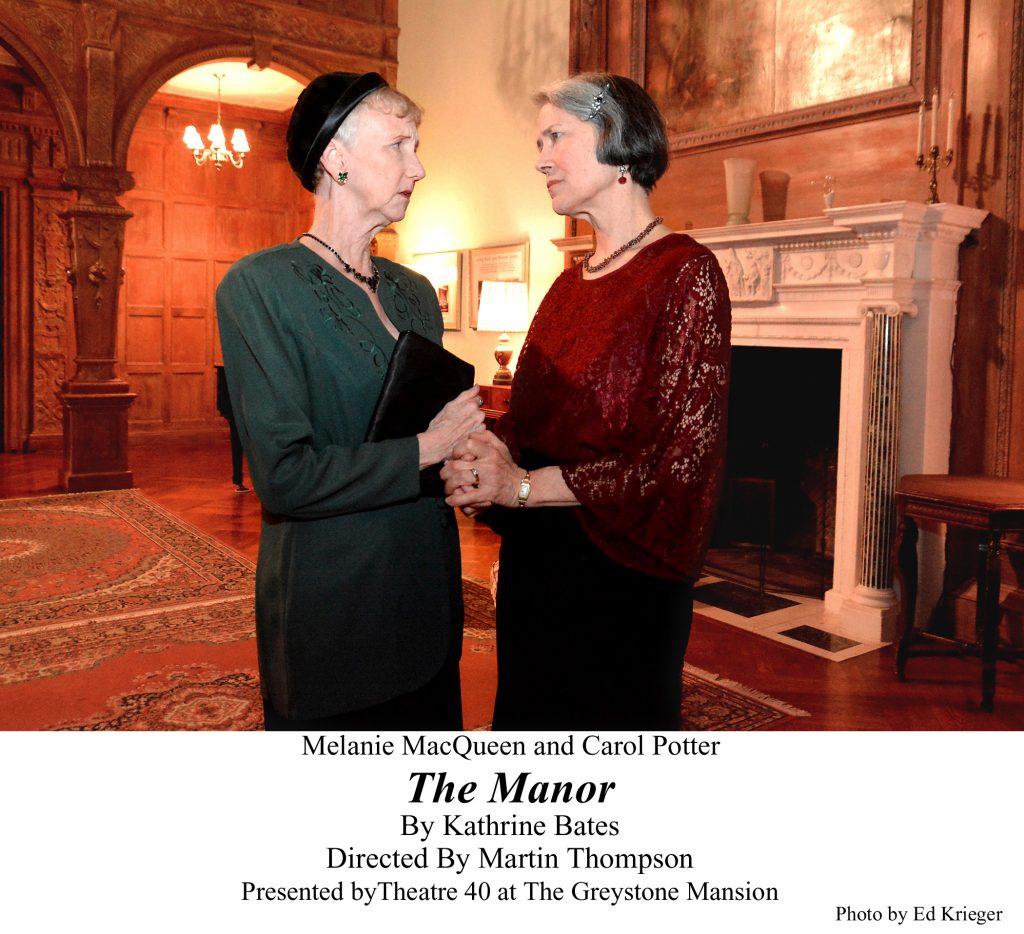 With set design by David Hunt Stafford and Jackie Petras – but really by the opulence of a mansion itself – THE MANOR gives the audience a peek into the life of the 1920’s rich and famous. As the audience is led through the house by James, the butler (David Hunt Stafford), Ursula, the housekeeper (Katherine Henryk), and Ellie, the maid (Esther Levy Richman), they will savor the splendiferous surroundings which serve as everyday life for the wealthy family. Directed by Martin Thompson and produced by David Hunt Stafford, THE MANOR remains a not-to-be-missed production.

The Sound of Murder – A British Thriller

March 23, 2019 Elaine Mura Entertainment 0
Spread the love
Spread the loveTHE SOUND OF MURDER premiered in 1959 in London, where it received barely lukewarm reviews and quietly disappeared from the stage. In the theater atmosphere of the 1950’s, a play that wasn’t about […]

January 19, 2019 Elaine Mura Entertainment 0
Spread the love
Spread the lovePlaywright Alex Goldberg had to travel all the way to Hell to complete his dark comedy, IT IS DONE. No matter what your opinion about the devil, souls, an afterlife, or even evil […]