Written and directed by Tony Blake, SUNDAY DINNER has it’s Los Angeles debut at Theatre 40 in 2020. To quote Blake: “When I first began writing this play, it was with the intention of telling an entertaining and nearly unbelievable true story about questionable behavior inside an otherwise honest, working class family…it soon became apparent that this was a family of flawed human beings that had more than just one secret lurking beneath the surface (which)…could no longer be ignored.” Blake tells his tale effectively and with poignant compassion as he delves into the question of truth – and when it may cause more problems than it solves. At the same time, SUNDAY DINNER also invites the audience to laugh at human foibles while examining the meaning of honesty. 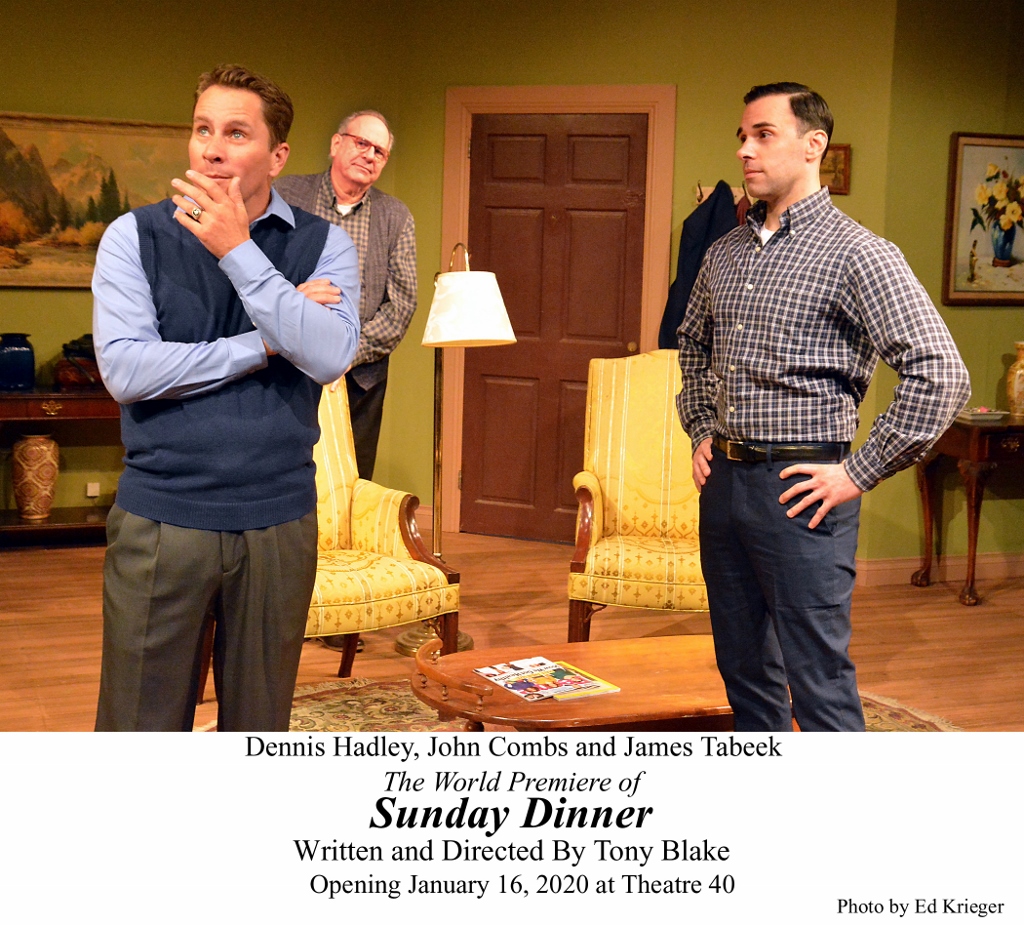 Set in the present in a Bronx row house, SUNDAY DINNER explores the nooks, crannies, and hidden hidey-holes in the salt-of-the-earth Matera family. Grandpa died recently, and a few family members are getting together for good food and even better company. Michael (James Tabeek) has flown in from Chicago, where he is a Catholic priest, to join in the family chat-fest. He’s surrounded by other close relatives, including his mother Rose (Sharron Shayne), his father Eddie (John Combs), his brother Ritchie (Kevin Linehan), his cousin Flip (Dennis Hadley), his Aunt Margaret (Michele Schultz) – and, last but not least, his brother’s ex-wife Diane (Meghan Lloyd). 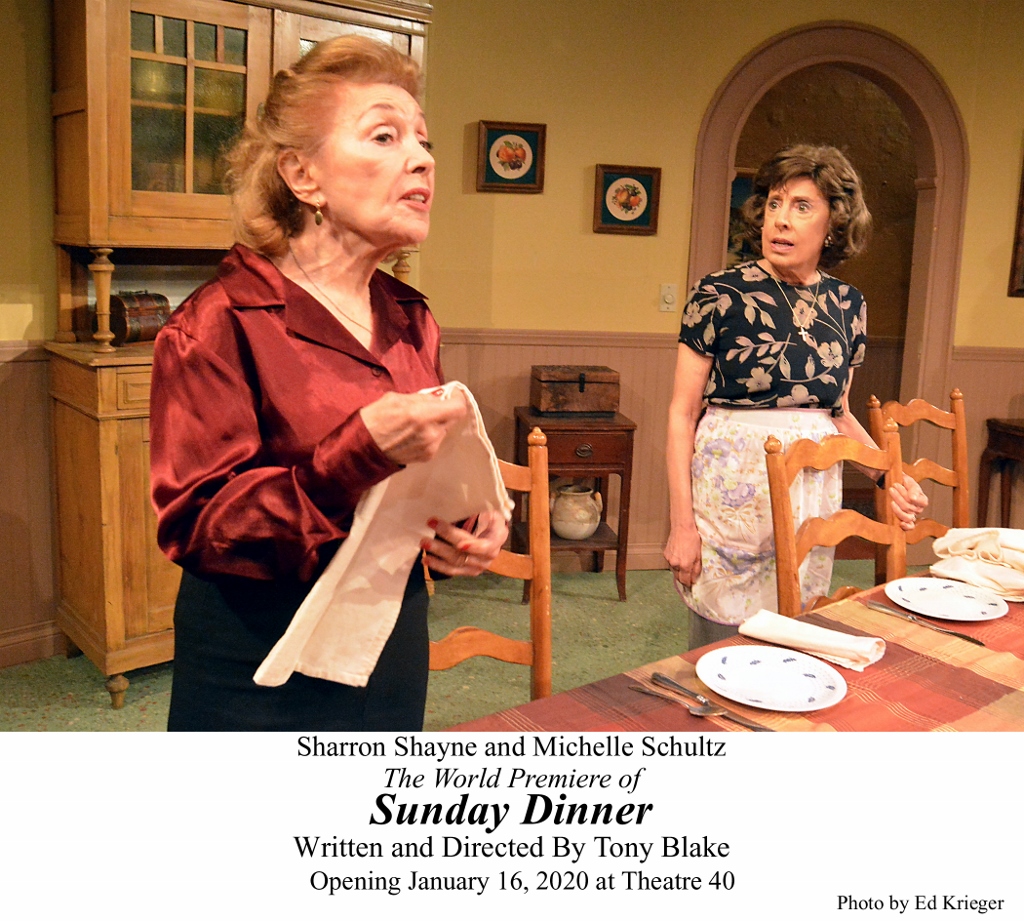 It soon becomes clear that things are not what they seem. Almost immediately, Michael’s dad confides in him about some shady past dealings (which he sees as sin rather than felony), his cousin lets him know that he lost his job after some “me-too” issues, his brother becomes increasingly aggressive and taunting, and his brother’s ex- seems to be looking to stoke some old flames with hm. As the dinner event slowly begins to unravel, so too do the secrets which each has held inside begin to spill out. Laughter and tears may well blend as the story progresses. 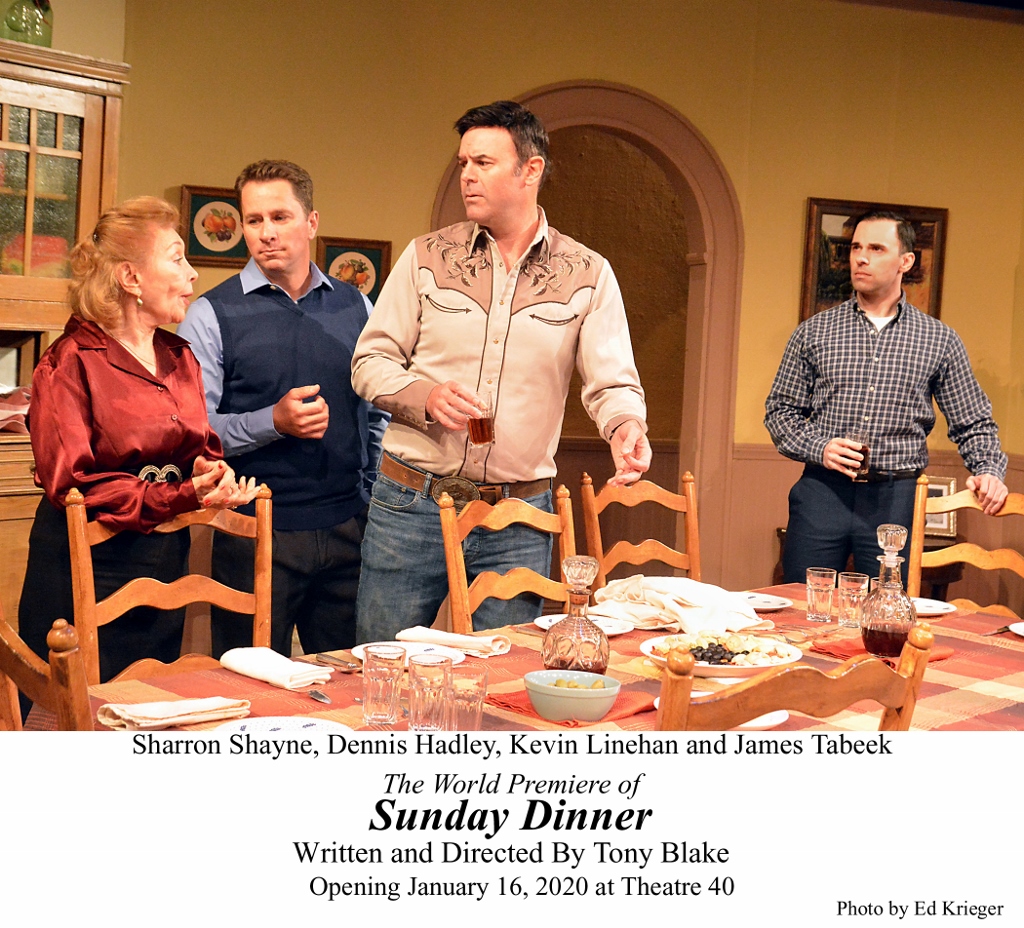 Director/author Tony Blake does an excellent job of building up the inevitable progression of secrets coming to light with the aid of a talented ensemble cast who can deliver a quip as well as a painful confession with equal skill. As always, Jeff G. Rack’s set is flawless, as well as Michele Young’s costumes, Brandon Baruch’s and Gregory Crafts’ lighting, and Joseph Slawinski’s sound. 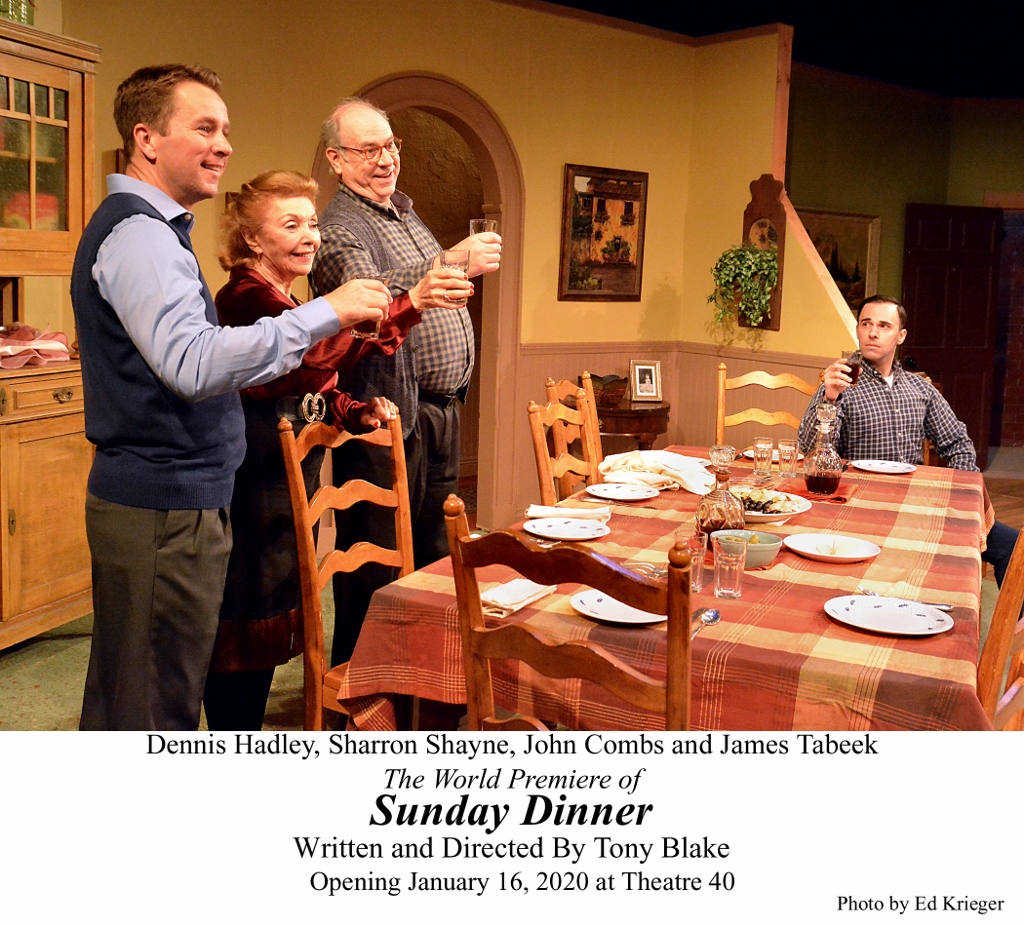 SUNDAY DINNER is a fascinating peek at a family which, on the surface, is completely normal and above-board. As author Blake peels away the layers – hidden for so long – his characters react with confusion, intensity, and uncontrolled emotion. The audience gets to be a fly on the wall as the never-ending battle for truth proceeds. 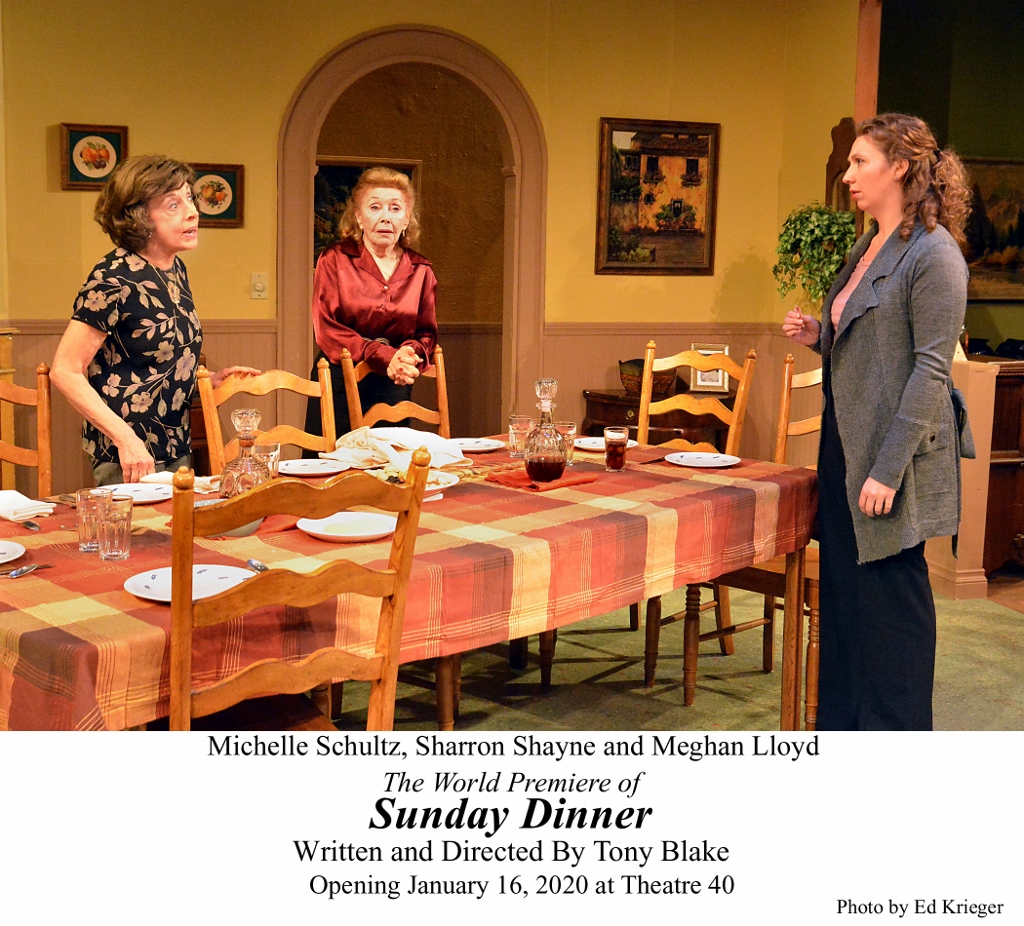 Frozen in Time – Theatre 40 Returns to “Tame the Lion”

July 11, 2021 Elaine Mura Entertainment 0
Spread the love
Spread the loveWas it only in March 2020 that live theater shut its door across the US? Just as Theatre 40 began its run of the people-pleasing (and award-winning) hit, TAMING THE LION? How appropriate […]