Renowned playwright William Inge authored 41 plays and won the Tony Award and the Pulitzer Prize in his long career as a writer and actor. His dramady BUS STOP was first produced on Broadway in 1955 to rave reviews. Subsequently, it was made into a popular movie starring Marilyn Monroe and Don Murray. Over 60 years have passed since BUS STOP first came to life on the stage – but the conflicts experienced by a group of people thrown together in a blizzard in rural Kansas remain gripping even today. 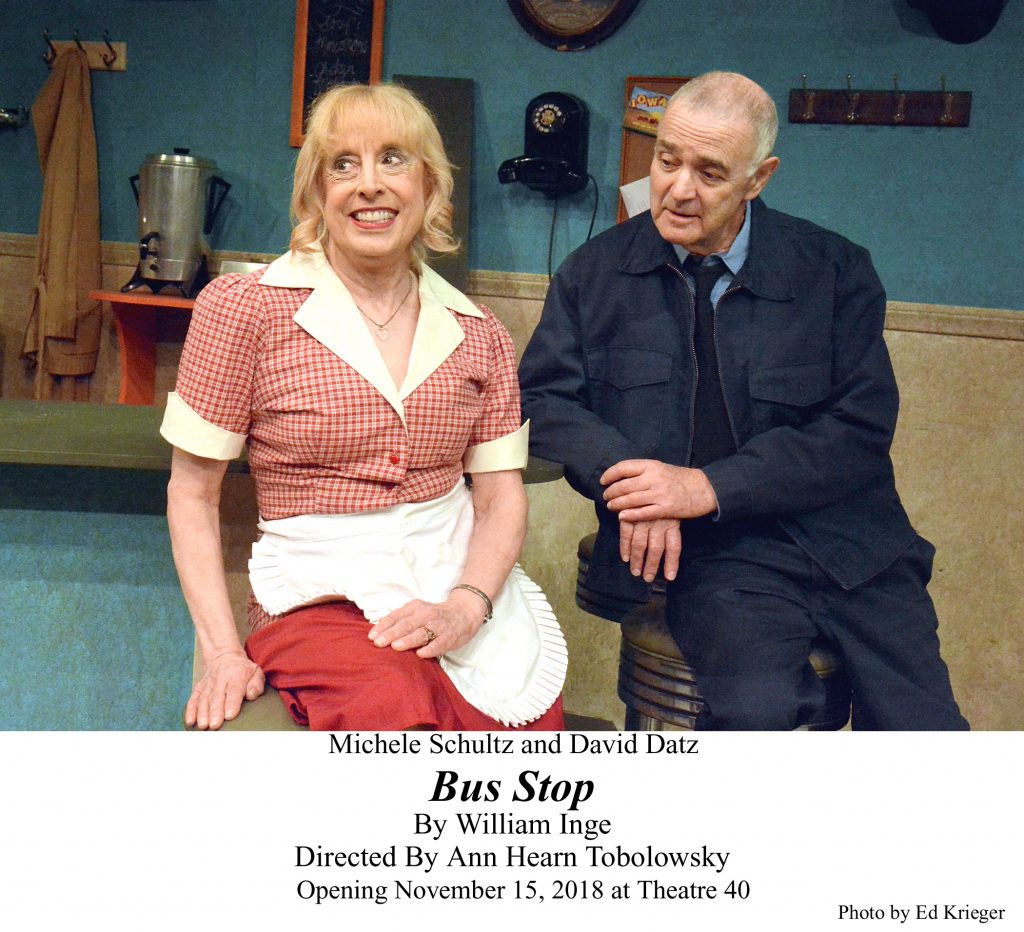 Naïve and virginal cowboy Bo (Nico Boles) grew up on an isolated ranch in Montana. When he comes to Kansas City for a rodeo, he begins to experience the lure of the big city – especially after he meets and falls for Cherie (Kaitlin Huwe), a gilded chanteuse in a run-down nightclub. Bo snatches the unwilling Cherry – he just can’t pronounce her Frenchified name – from her life in Kansas City and drags her to, hopefully, his rural ranch. But fate may have other ideas when their bus is stuck overnight at a diner/bus stop waiting for the storm to subside. 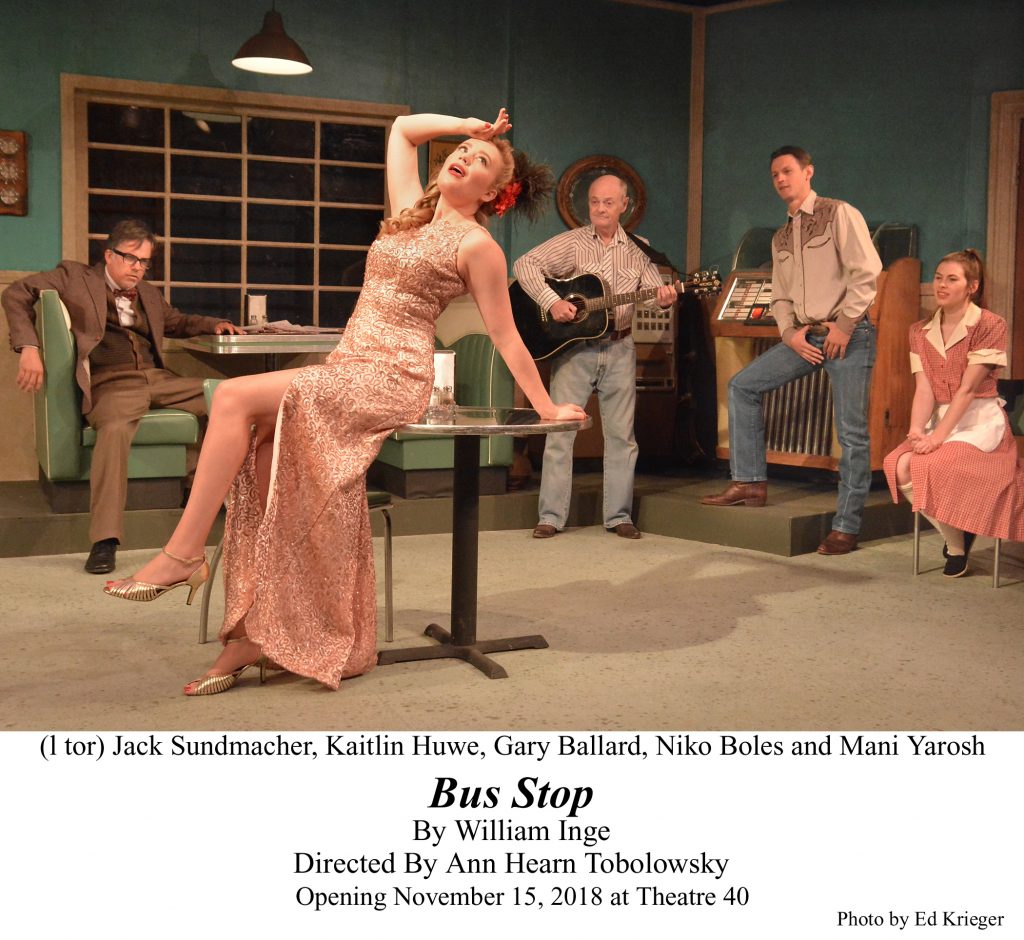 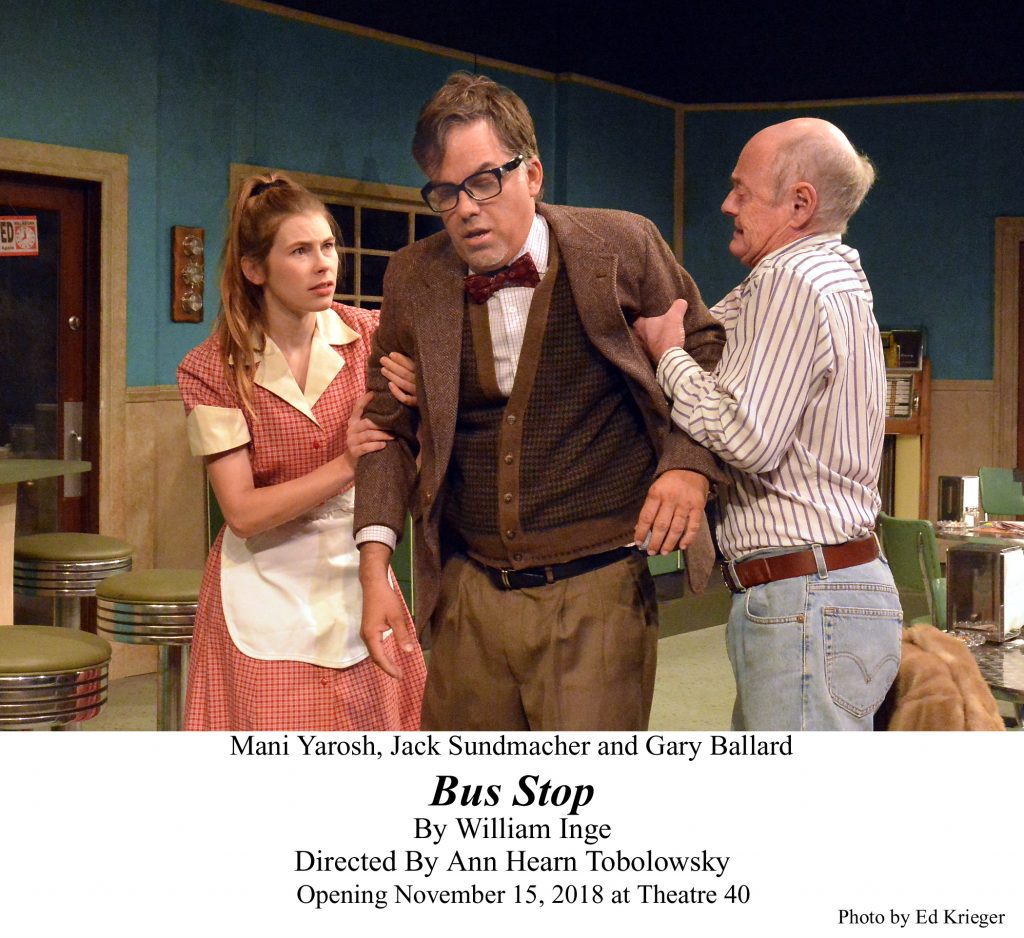 Director Ann Hearn Tobolowsky does a superb job of helping these nice “down-home” characters learn things about themselves that have been hidden deep inside. To paraphrase Tennessee Williams, “…It’s a secret world that exists behind the screen of neighborly decorum.” Jeff G. Racks’ `50’s diner smacks of authenticity, while Michele Young’s costumes fit the era perfectly. Brandon Baruch’s lighting and Joseph Slawinski’s sound round out an excellent production team.

What is perhaps most surprising about BUS STOP, written so many years ago, is how timely the tale remains. Small towns and bus stops still exist, and Inge’s character remain fascinating and fun. Let’s not forget just how funny some of these situations can also be. Bits of hilarity are artfully interspersed with some very realistic and enduring questions. 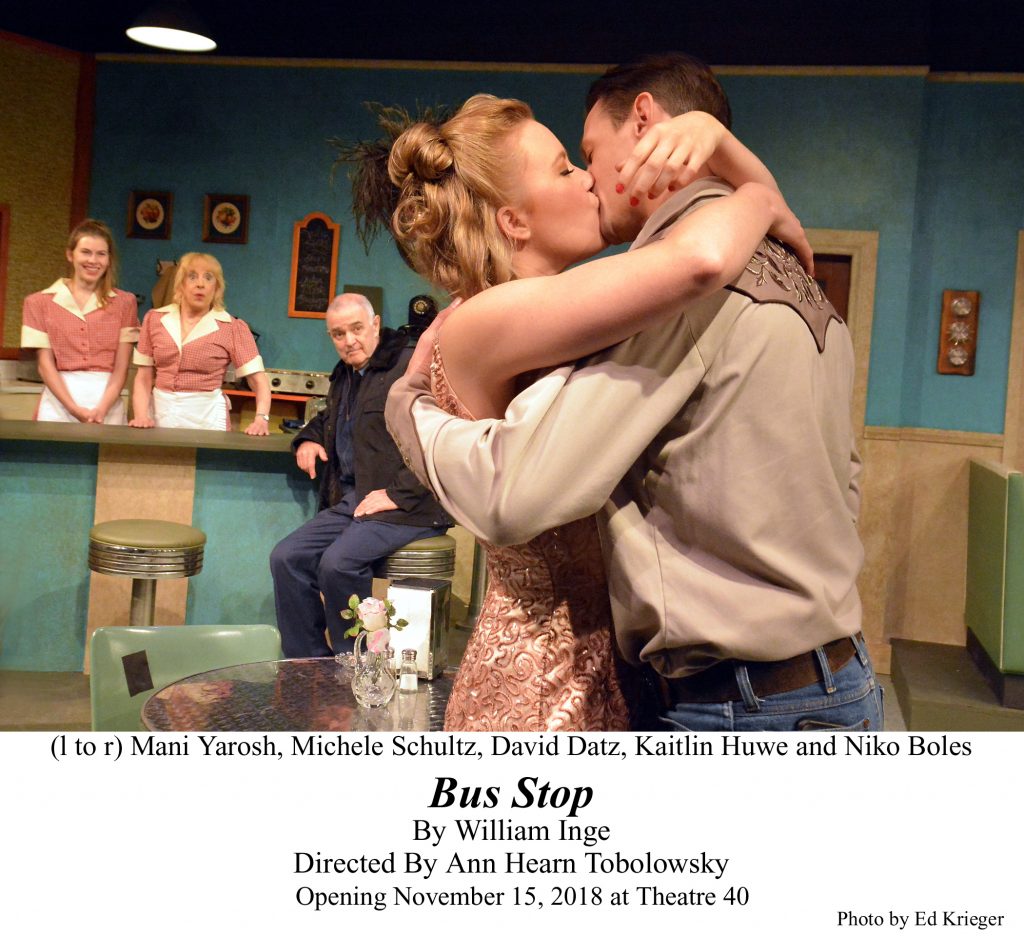 Good People Review – The Eye of the Beholder

December 9, 2021 Elaine Mura Entertainment 0
Spread the love
Spread the loveWith a script by David Lindsay-Abaire, winner of the Pulitzer Prize for his play “Rabbit Hole,” GOOD PEOPLE certainly sports the right credentials for a thoughtful examination of people as they navigate a […]

September 24, 2019 Elaine Mura Entertainment 0
Spread the love
Spread the loveRipped from headlines over the past 50 years, THE SURVEILLANCE TRILOGY presents three suspenseful stories about secrets, possible conspiracies, and conjectures about how the government may just be involved in a bunch of […]

January 25, 2019 Elaine Mura Entertainment 0
Spread the love
Spread the loveIt’s always a delight to see one of Rod Serling’s creative and entertaining science fiction/fantasy television episodes on the original “Twilight Zone.” So it was with anticipation that I arrived at Theatre 40 […]