Tito’s Handmade Vodka and Tito’s Tacos, are teaming up to celebrate National Vodka Day and National Taco Day, both of which fall on October 4th this year. You can join in the dual celebration as the two brands are are hosting ‘Tito’s Fiesta Mexicana’ in support of The Culver City Cultural Affairs Foundation. 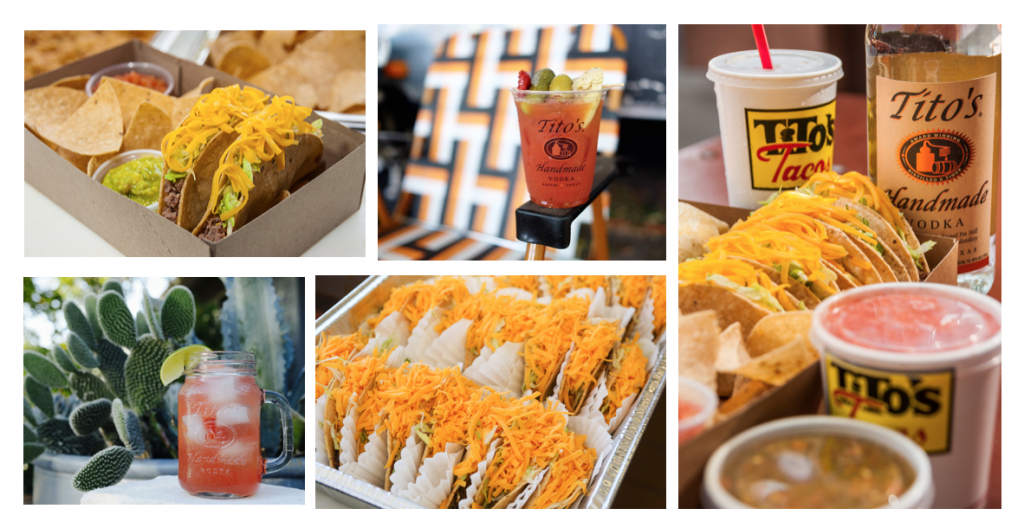 On what many people think is one of the most important days of the year, fans near and far are invited to stop by Tito’s Tacos in Culver City to savor Tito’s Handmade Vodka cocktails, enjoy Tito’s Tacos award-winning food & delight in Mariachi and Folklorico Entertainment. Admission will cost $25 per person which includes three delicious Tito’s Handmade Vodka Specialty Cocktails, Tito’s Tacos and entertainment. Non-alcohol admission cost will be $10 per person which includes food and entertainment. Tickets can be purchased at entrance. The event will run from 2 p.m. to 8 p.m. on October 4th at Tito’s Tacos Mexican Restaurant in Culver City.

The similarity between the two famous brands runs deeper than just a recognizable name, as both are committed to giving back to the communities they serve. Honoring that sentiment, all proceeds from Tito’s Fiesta Mexicana ticket purchases will go directly to The Culver City Cultural Affairs Foundation. Love has always been at the heart of Tito’s Handmade Vodka, and the event continues their mission to turn spirits into love and goodness. As an iconic and popular Southern California restaurant for the past sixty years, Tito’s Tacos has likewise been recognized for its unwavering philanthropic efforts which were observed just last year when Tito’s Tacos was the recipient of the Good Neighbor Award by the California Restaurant Association, along with winning the Small Business of the Year Award from the California State Senate.

ABOUT TITO’S TACOS
Tito’s Tacos has been serving Los Angelinos with appetizing Mexican Food prepared fresh daily from the same recipes since 1959. Their Mexican Food Cuisine has become a longtime favorite for people of all walks of life and cultural backgrounds looking for a south-of-the-border experience without leaving the Greater Los Angeles area. Tito’s Tacos award-winning cuisine is slow cooked to perfection everyday of the week resulting in deliciously tasting Burritos, Enchiladas, Tamales, Tostadas and of course Tacos.

ABOUT CULVER CITY CULTURAL AFFAIRS FOUNDATION
The Culver City Cultural Affairs Foundation is a 501(c)3 charitable nonprofit that works with the city, its residents, and its businesses to support programs and projects that inspire the public and that help creatives turn dreams into reality. CCAF accepts grants, corporate contributions, and individual donations to performances, artist grants, historic preservation, major capital projects, and so much more.