Winner of both the Nobel Prize for literature in 1925 and the Academy Award in 1938 for the best written screenplay, George Bernard Shaw delighted his audience with fiction, novels, plays, and even political and social treatises. He was also a singer, pianist, critic – and finally a devoted Marxist and socialist. But it was his literary pursuits which finally insured his fame. As opined by the Novel committee when he was awarded their coveted prize: “…for his work which is marked by both idealism and humanity, its often stimulating satire being infused with a singular poetic beauty.” 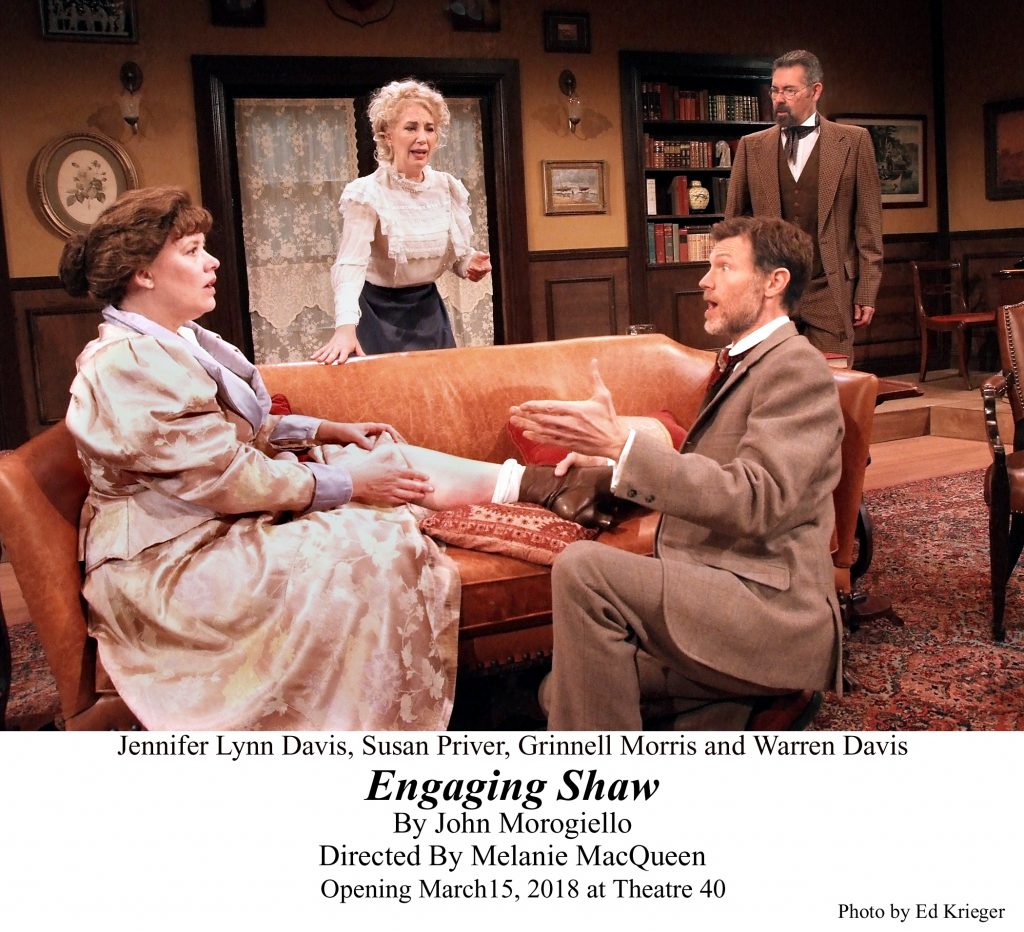 The writer of such classics as “Pygmalion,” “Caesar and Cleopatra,” “Major Barbara,” and “Mrs. Warren’s Profession” clearly had a lot to say about most topics. Given his 94-year-career as an author, satirist, critic, and social commentator, It goes without saying that Shaw’s personal life would be equally fascinating to explore. Playwright John Morogiello has done just that in ENGAGING SHAW, a clever and witty tale about Shaw’s meeting with Charlotte Payne-Townshend, who would – despite his fight to the finish – insist that they should marry. Truth really can be stranger than fiction – and a lot more fun. 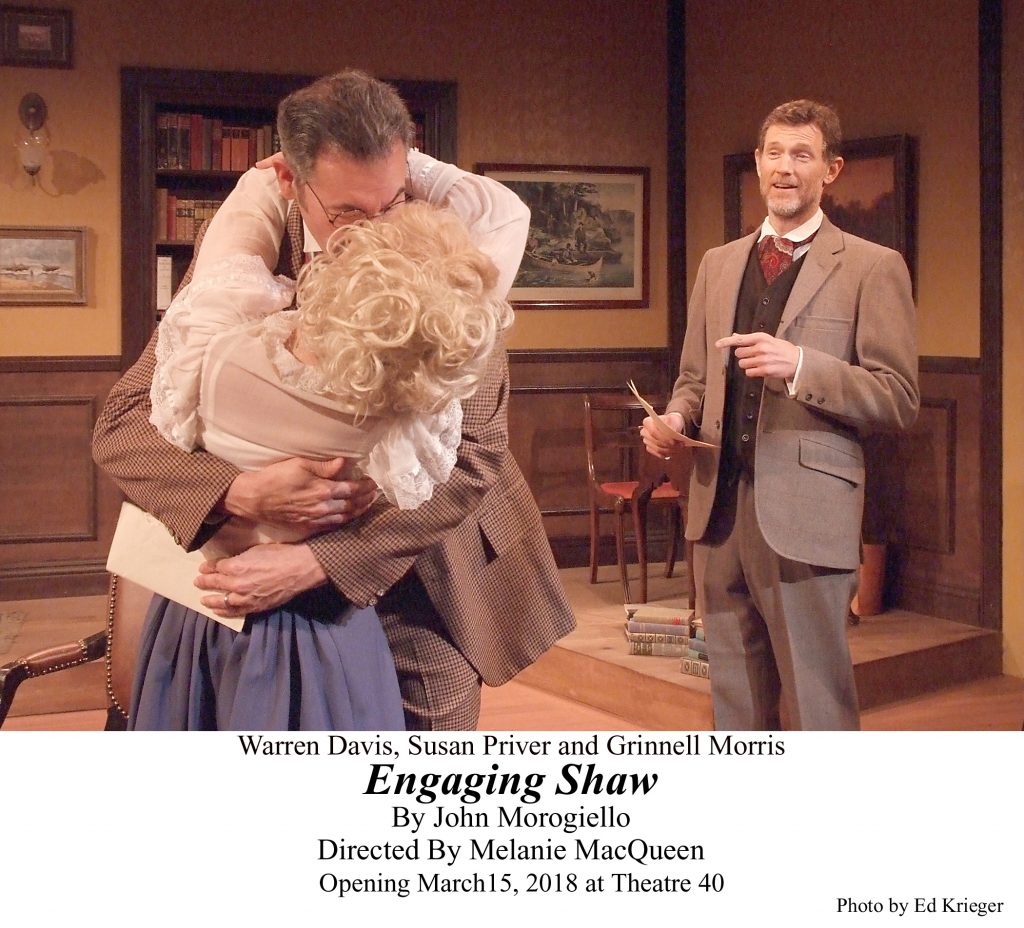 An unrepentant philanderer, George “Bernie” Shaw (Grinnell Morris) sets the scene and calls the odds during his very first meeting with the Anglo-Irish heiress when he quips, “You can’t think what delightful agony it is to be in love with me.” Charlotte (Jennifer Lynn Davis) is not one to let a challenge go unanswered. When Sidney and Beatrice Webb (Warren Davis and Susan Priver), two of Shaw’s closest friends, introduce the two, get ready for laughs galore. Soon it becomes obvious that Shaw has met his match in this clever and intelligent female, herself a political activist and dedicated to the struggle for women’s rights. 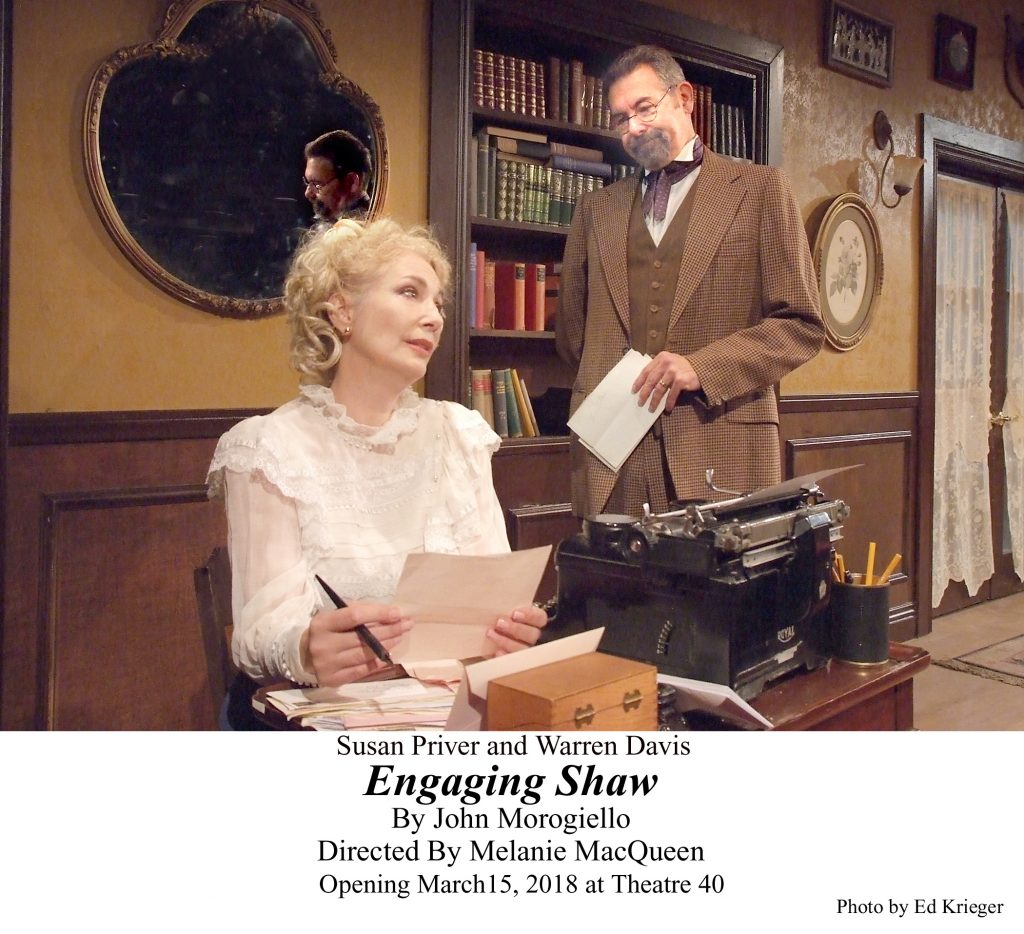 Soon Charlotte becomes Shaw’s best friend, special assistant, and confidante – but the marriage-shy Shaw draws the line right there. Marriage is slavery, and slavery isn’t a desirable state. But both are in their 40’s; and, besides, Charlotte never expected to fall in love with the man. When she decides that she wants Shaw as a husband, fur will fly. Charlotte is nothing if not persistent in her pursuit of her goal, but Shaw is equally insistent on keeping his bachelorhood intact. This is a charming and compelling story as a quartet of razor sharp tongues plot the courtship of George Bernard Shaw. Will Charlotte succeed in walking down the aisle? Will Shaw keep his independence intact? You’ll have to see this engaging play to find out. 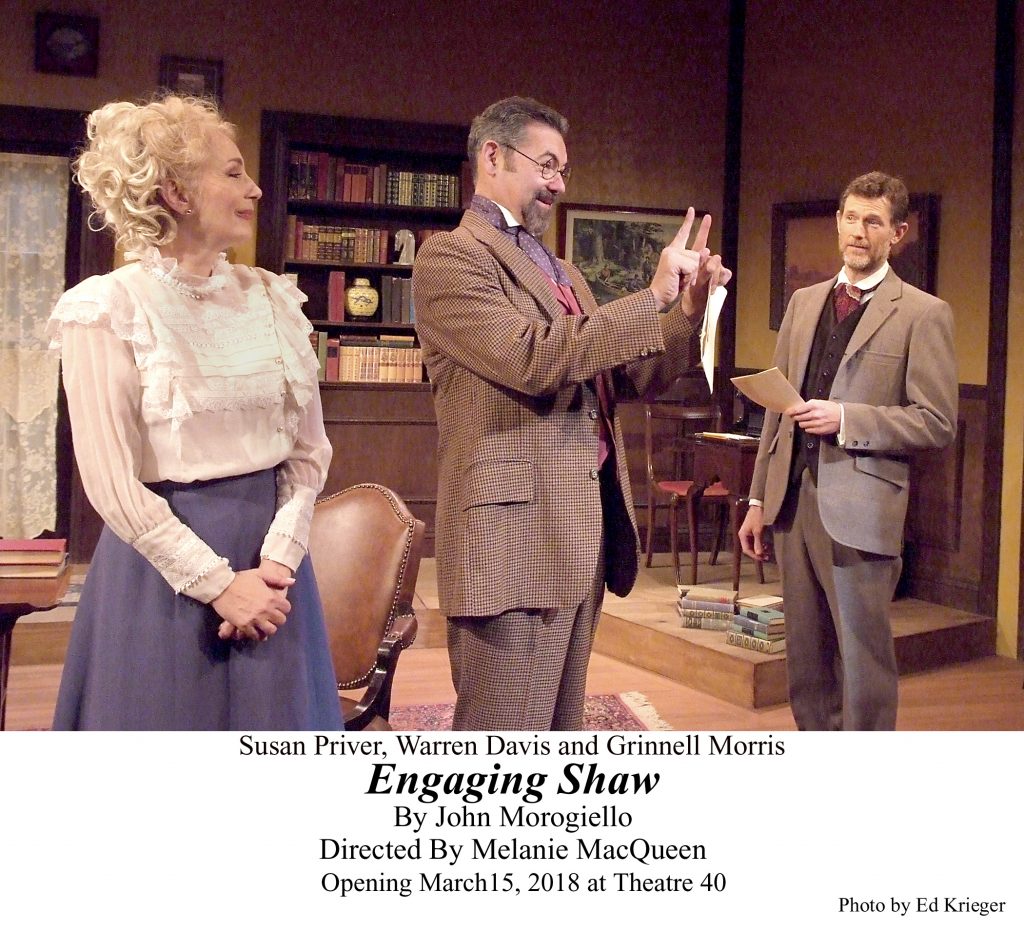 Director Melanie MacQueen has done an excellent job of keeping the audience on the edge of their seats, all the while chuckling up a storm. The talented cast never misses a beat – or a quip – as the narrative unfolds. As always, Jeff G. Rack’s set, Ric Zimmerman’s lighting, Joseph Slawinski”s sound, and Michele Young’s costumes set just the right atmosphere for this merry tale. It’s hard to believe that this is a true story of a literary icon who had a bigger ego than most and was sure that his opinions couldn’t be disputed. Until they were.

May 18, 2022 Elaine Mura Entertainment 0
Spread the love
Spread the loveOriginally a 1924 Hungarian play by Ferenc Molnar titled “Play at the Castle,” THE PLAY’S THE THING has seen several iterations – but has always remained a clever and often side-splitting study of […]

The Sound of Murder – A British Thriller

March 23, 2019 Elaine Mura Entertainment 0
Spread the love
Spread the loveTHE SOUND OF MURDER premiered in 1959 in London, where it received barely lukewarm reviews and quietly disappeared from the stage. In the theater atmosphere of the 1950’s, a play that wasn’t about […]

September 16, 2018 Jessie Bylander Entertainment 0
Spread the love
Spread the loveIn the cozy space on the second floor of the Edgewater Presbyterian Church, a set portrays another cozy space, the bedchambers of a well-read Bulgarian heiress named Raina Petkoff with a penchant for […]